Kids Can Make A Difference!

This past week we had the opportunity to see Caleb at his acting debut. The local schools in our area get together for a night of fun - Short plays - Poetry ready -  Duets - and much more. Forensics at its best! 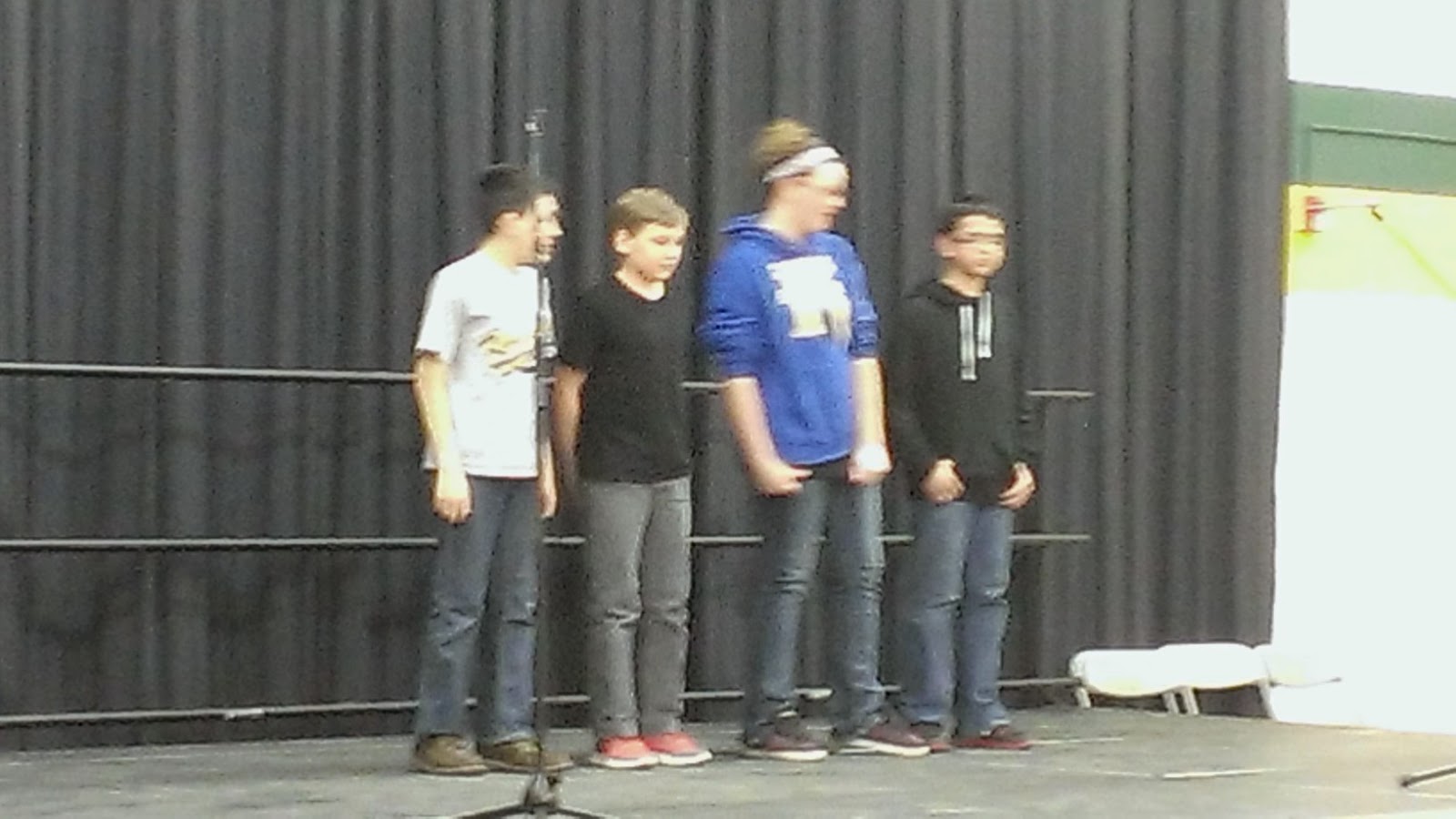 Caleb's short play was about a boy that thought he hear his best friend making plans to do something with other kids when they were already planning to go somewhere. Caleb's part right away jumped to conclusions and thought his best friend had betrayed him.  Caleb acting out of anger - used his best friends facebook account to spread rumors!  Caleb later found out that his Best Friend was arranging a surprize for Caleb and the other friends were also meeting them at the event. 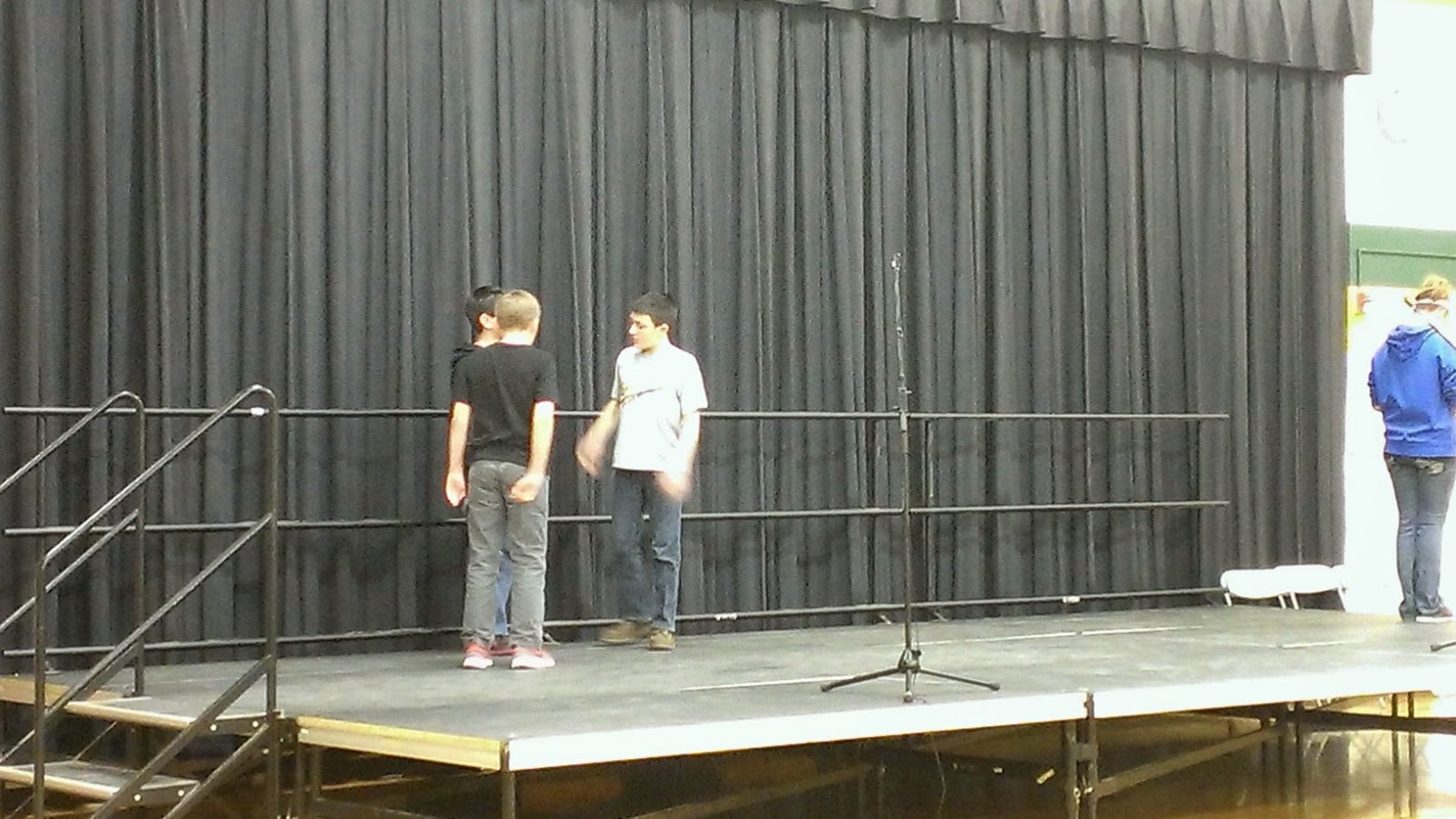 The play showed the importance of NOT jumping to conclusions when you think something was said or someone is doing something against you. It also showed what Cyber Bullying can do to people and also how hard it is to change negative actions that were done in anger.

What makes this play even more special is that the four kids wrote their own play. That tells me that they believe that awareness is the answer.

I was so proud of Caleb - acting in public is not an easy task.  His willingness to be part of this event - shows that he will only get better at public speaking.  In todays age of technology - I truly feel that being comfortable speaking in public will be a huge benefit to him as he continues his education and his career  goals.

Gosh.. I can not explain in words how proud I am of my 13 year old grandson. His actions as a young adult will make a difference in his and others lives! With tears of joy in my eyes I also want to thank Caleb's teacher, Mrs. Ryan for being there for the kids.  She is a dedicated teacher that deserves a huge pat on the back.