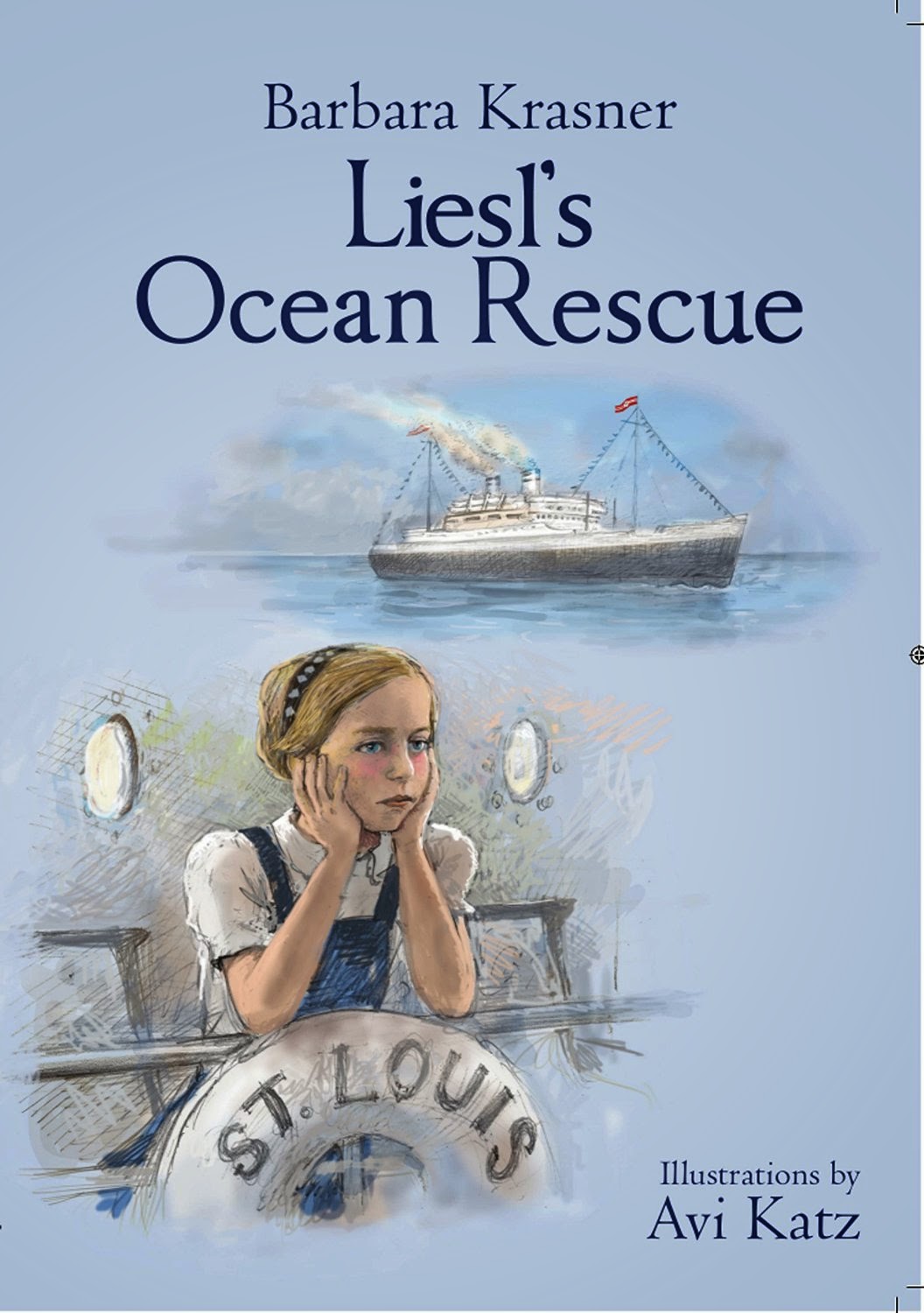 I wanted to share a book that I will be reading and also the author's interview. I love hearing why the author wrote what they wrote.

If you want to be one of the first to read Liesl's Ocean Rescue check out AMAZON - the book is only $3.99 on AMAZON. Perfect for the Book Lover on your Holiday Shopping List!

Author Interview
Is it difficult to write about the Holocaust for young children?
The objective of a children’s book is not to “dumb it down” but to explain difficult-to-understand concepts clearly and effectively. To do so, I believe, it helps to have a story about a person who undergoes extraordinary circumstances. In Liesl’s Ocean Rescue, Liesl and her family escape from Nazi Germany on a ship, the MS St. Louis, bound for Cuba. They think they are heading toward freedom. But complications arise and their journey to freedom will take much longer and a more circuitous route than they had planned. I consider Liesl’s Ocean Rescue a gentle introduction to the Holocaust. It’s difficult to write about the Holocaust for any audience.

How and why did you choose Liesl as your heroine?
While interviewing Liesl at her home in a Philadelphia suburb, I got the sense of who she was as a child. She helped the elevator man. She helped the steward call passengers to dinner. She adored her father. She was a bit of a tomboy. She had a strong voice. Plus, as the daughter of the chair of the ship’s passenger committee, she might have been more likely to know about some of the political and financial matters going on.

How did you go about finding material for the book?
Another children’s writer told me she was having difficulty writing about the St. Louis. She had done some initial research at the U.S. Holocaust Memorial Museum (USHMM) had the 1974 book, Voyage of the Damned, that was very comprehensive. She handed me the materials in a canvas bag and said, “Good luck!” I read that book and a book by staffers Scott Miller and Sarah Ogilvie, Refuge Denied. I then contacted Scott and he shared with me the names and contact information for St. Louis survivors in the New Jersey/Pennsylvania area. One of them, Hans Fisher, lived right across the river from me. I started with him and with a telephone interview with Herbert Karliner, who has positioned himself as the spokesperson for the survivors.

This was in 2010 and I was working full-time then. I took some vacation days to spend a few days in the archives of the USHMM and the American Jewish Joint Distribution Committee (“the Joint”). Through the Joint’s efforts, the passengers were able to find safe haven in England, France, Belgium, and the Netherlands. Well, safe haven at that time in June 1939. Fortunately, Liesl and her family went to England, although her father was thought to be an enemy alien and was interned on the Isle of Man.

Why did you choose to fictionalize this story?
While Liesl was certainly already a strong character on her own, her story needed more shaping. I based my storyline on what she could have done. Maybe she did. She died in August 2013 and I was not able to share the manuscript with her. That was the same month I drafted my first version.

Have other books been written about the MS St. Louis?
For young readers, there have been two others: A young adult novel, The Other Half of Life, written by Kim Albon Whitney and published by Knopf in 2009, and Kathy Kacer’s To Hope and Back: The Journey of the St. Louis, a fictionalized account of two survivors for middle grade readers, published by Second Story Press in Canada in 2011. Kacer’s book is far more representative of the truth.

For adults, besides the two I’ve mentioned, is Martin Goldsmith’s memoir, Alex’s Wake, published in 2014 by DaCapo Press. Goldsmith’s grandfather and uncle were aboard the St. Louis. The book details his search for them.

I am working on a YA narrative based on the captain’s perspective and have written a novel in verse. My article about the St. Louis appeared in the August 2014 issue of American History. I’ve also delivered an academic talk at a history conference last spring, “The Reliability of Children’s Testimony: A Case Study of the St. Louis.”