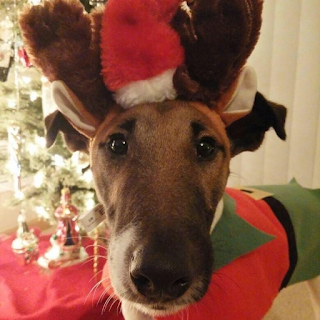 Our wish for all is that
2020
brings you
Peace and Joy. 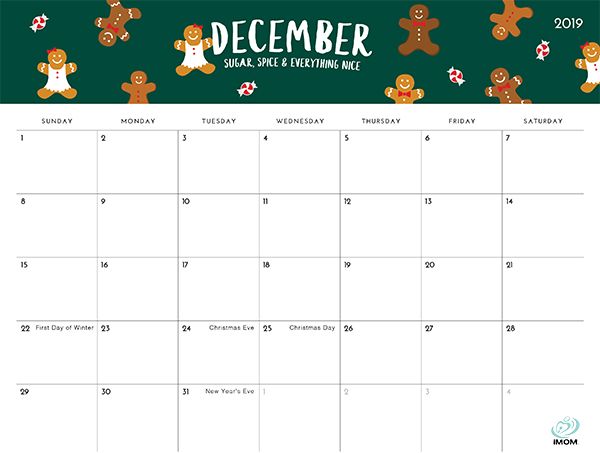 I am hoping that each day when I wake I will know what I am thankful for that day.

I am looking forward to a month of thankfulness.

Every Thanksgiving after our dinner at Cracker Barrel - Isa, Dawn and I head out Early Black Friday Shopping.  This year we really did not have much on our list to buy.

We went to Ulta – Isa’s favorite store. Then we headed to Michael's for f crafting items, then onto Big Lots.
While checking out Big Lots Isa my 16 year old granddaughter sees this PINK Christmas Tree  She loved the PINK tree!  I was like no way!!!   Isa asked “Nana do you think they will have the tree in stock?”  I say “of course they will. Who wants a PINK tree?”
Well guess what!  Nana was WRONG – The PINK tree is the most popular tree in 2019.  They were sold out and so was every Big Lots in a 100 mile radius.  Isa was heart broken.  Dawn, my daughter told her to go ask if she can purchase the display tree.  Isa took off to find the sales clerk that helped her look for the tree. She found him – he went to the store manager - the store manager said “Sure” - Isa was able to buy the PINK tree floor model.
Isa owned a PINK Christmas Tree!
After Big lots we headed to Michael's to find ornaments that Isa thought would be pretty on her tree.  A hour later Isa had a basket full of adorable ornaments.
Nana was WRONG!!!!
Everyone would love a
Pink Christmas Tree! 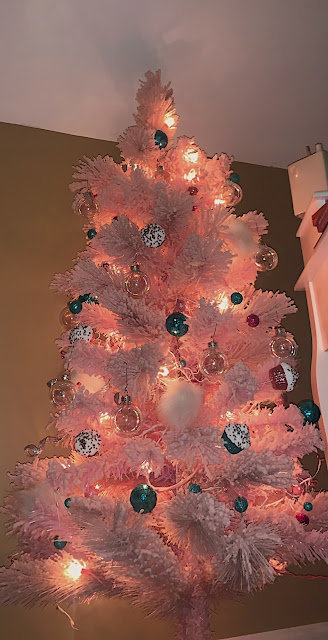 The holidays are here

I don’t know about you –but I love the holidays.  I love everything about them.  Over the years the most important thing I have learned is
“Don’t Stress the Small Stuff”. 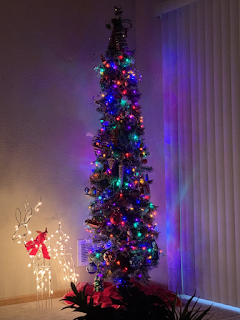 What about those family traditions that have been around for years and years?  They no longer fit into your life style – it is time to start new traditions.


Here are a few easy ways to make the holidays stress free:

Even Diesel dresses up for the holidays. He makes a very cute reindeer.
These are just a few of my ways to make the holidays less stressful and more enjoyable.  Please remember no one expects perfection. NO ONE!!!
If someone does – maybe delete them from you holiday list!!!
Just sayin!!!

Have a Very Blessed Thanksgiving

Crazy weather in Wisconsin.  So far this November we are the coldest and snowiest on record.  Nice huh!  Well one good thing - I no longer have to wonder what kind of winter we are going to have.  We are going to have a LONG winter!!! 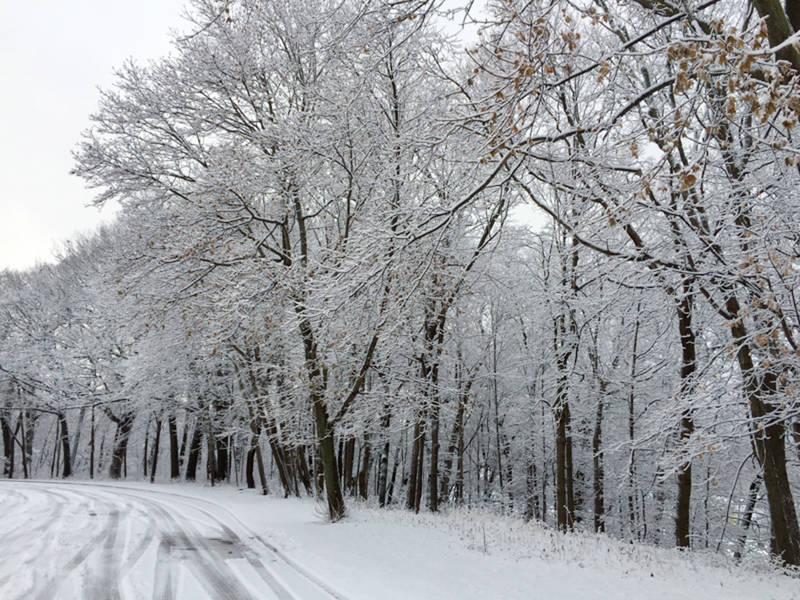 To make winter go by fast I like to plan trips.

January it is New Orleans for 4 days – just enough warm weather to help me through the never ending month of February.

April a two week trip to warm Alabama – each April I head out to a place that is warm. Camping and kayaking with family and friends for 2 weeks.  We pick a park and stay there for 14 days.  It is great to stay in one place for 14 days – you get to know the area and kind of live like a local. Plus, it gives us a jump start to Spring!

June – my grandson and I are camping on the shores of Lake Superior for a week.  We are so excited!  I am even ordering us ultraviolet flashlights to help us find Michigan Yooperlites rocks. Camping, biking, hiking, and just enjoying nature - life is good!!!

July – week of camping and kayaking in central Wisconsin with family and friends.

I still have August – September – October to plan – where should I go? I’m still deciding. I do know I want to venture to Pennsylvania in the fall.  Not sure when!

Are you a adventure planner?  I am - I find that I enjoy life more if I plan and organize adventures.  Gives me something to look forward to.

Thirty years ago if you would of told me that I would buy a Adult Tricycle I would of said "Are you crazy?"  Well, here I am 66 years old and I have a new shiny blue tricycle to ride and I'm as excited as a bug in a rug!

There were three reasons I wanted a tricycle:

1. My balance is terrible.  I have psoriasis inside my ears causing my balance to be off.
2. I have a Smooth Fox Terrier that is my bestest buddy and I wanted to be able to take him on my biking adventures. Diesel is not the well behaved dog you see - he is a barking hyper terrier. Yes, a terrorist terrier! I needed a bike was was stable so I could pay a lot of attention to Diesel and less attention to balancing.
3. I want to be able to take my bike Jeep Camping.

The Fold-able Tricycle checked off each of my reasons.  I had never heard of a folding tricycle until my brother showed me a pic while we were camping at Manistique, Michigan this past August. I thought what the heck this just might be my answer.

Once I got home I started checking out bike shops in my area.  I was drawing a blank finding a bike shop that even carried tricycles let alone fold-able tricycles.  I got tried of driving to bike shops so I started emailing shops. No luck!

One day in September I was headed to Culver's for some custard. While stopped at the only stop light in downtown Mukwonago, Wisconsin I noticed there was a bike shop named Won-A-Go Biking and there was a tricycle in the window!  What the heck!!!

The next day I headed to the shop to find out all about the "Tricycle in the Window!!"  Kind of like the "Doggie in the Window"  Once inside the small bike shop the clerk got the bike out of the window. It was a Sun Tricycle - but it did not fold.  I needed a fold-able. :(

Then the clerk began to tell me she was sorry they do not carry fold-able tricycles but if I ordered one - they would gladly assemble it for me and adjust the bike for my size.  She also told me that if needed they could do repairs on the tricycle!  I asked her a few questions about the tricycles I had researched and she gave me her honest professional opinion on which to look at and which to avoid.

I had researched fold-able tricycles and the Kent Westport kept scoring high on all review sites.  The bike had what I wanted and folding was very easily.  The only issue I had with the Westport was that it was a single speed. I was unsure if I wanted a 3 speed or if the single would work for me. The clerk stated that a Kent bike is a good bike and if needed they could add 3 speed to the bike!

WIN   WIN
The best price I could find for the Kent Westport was Amazon.  Being a Prime Member with FREE shipping it made the sale even sweeter.  My shiny Blue Westport was ordered and on it's way to a new happy home. It took about 9 days for the bike to arrive.  Arrived on a Monday and on Tuesday morning I was at the bike shop with my huge box of tricycle parts.  The wait for the call to pick up the bike seemed to take weeks - when in fact it was only days.

Today, I picked up my new tricycle - I named her Almira from the Wizard of Oz movie.  Won-A-Go Biking adjusted the seat and handlebars - showed me how to fold her and off I went.  She fits perfect in the back of my Jeep. 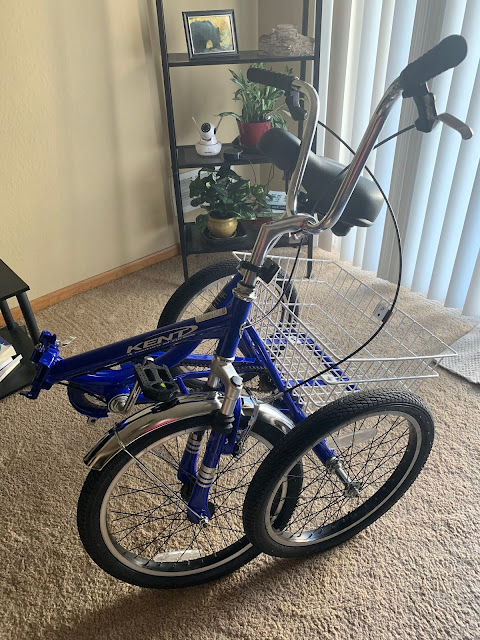 She folds almost completely in half. Making storage much easier. 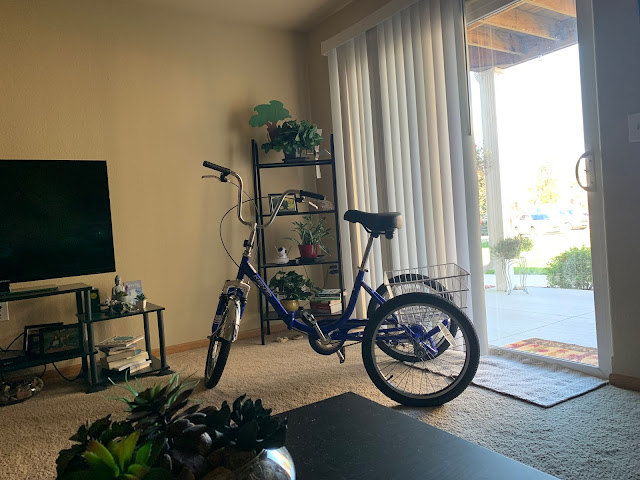 Once I got home I took a trip around the apartment complex.  Let me tell you - I definitely need to get in shape for Spring. I am positive I have used muscles that have not been moving in 30 years!!
Good thing I have a huge underground parking garage that I will be able to bike in during the day while the majority of people are working. Because I will need all the practice I can get before heading out with friends and family in April. We are taking a three week camping trip to Alabama - I always go in April so I can get a jump start on Spring!

Next is Diesel in the basket!!!
Stop back for a few laughs.﻿

Well it sure has been a while since you have seen a post from me.
My life has taken some amazing changes.  I am happy to say I will be returning to blogging with new and crazy post.
I will focus on being a crazy 66 year old single lady with
lots of ideas and adventures.
Jeep Camping, Biking, Kayaking
Dog Info and Ideas
Hiking & Snowshoeing
Recipes
Books
Places to See

Email ThisBlogThis!Share to TwitterShare to FacebookShare to Pinterest
Newer Posts Older Posts Home
Subscribe to: Posts (Atom)
"Life is a Adventure ~ Drive it till the wheels fall off!"